What Are Occasional Invaders?

Occasional invaders are any pests which invade our homes at any given time. Some of these pest cause indoor damage, such as crickets, although they do not enter a home or business with the intent to do so. Occasional invaders would be considered nuisance pests that do not have the ability to survive for very long indoors.

It is helpful to be able to recognize the kind of pest you are dealing with because this group can be made up of several classes and many orders, families, and species. Each of these groups can be very different in their biology and habits and therefore, in the appropriate pest control technique necessary to exterminate them. 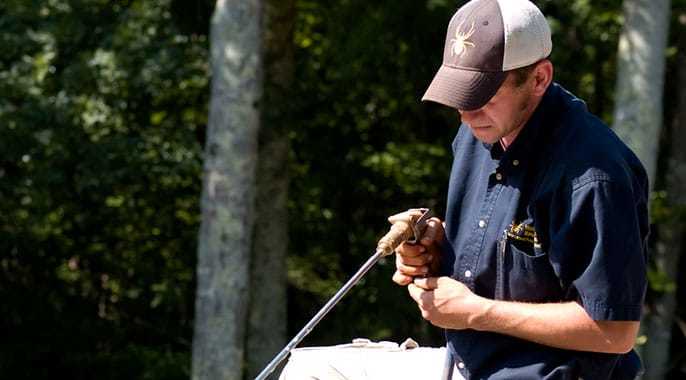 Most of these occasional invaders move indoors due to the outside conditions becoming too hostile for them to survive whether it be too hot or cold, too wet or dry, etc. Others get attracted by light at night and a few which are predators enter in search of food. Most of the occasional invaders won’t survive indoors for more than a few days or weeks. The main reason is because most of them have problems controlling water loss, so unless moist conditions exist inside and also a source of food is present, they will eventually die. 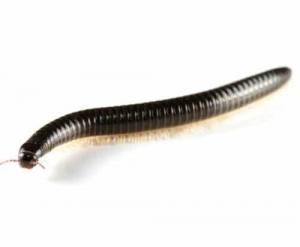 Millipedes have been called “thousand-leggers,” although they usually have 30-90+ pairs of legs. On the high end the male millipede might have 201 pairs of legs and the female millipede 333 pairs. Millipedes are widely distributed throughout the world with over 1,000 species found in the United States, including South Carolina.

Adult millipede females produce 20-300 eggs, either in soil pockets or among rotting organic matter during the summer; however, they can breed year round given the right conditions. Eggs hatch after several weeks and in most species, there are anywhere from 7-10 molts. Adult millipedes can live for several years. Some species give off a repugnant fluid through openings along the sides of their body that contains hydrocyanic acid, iodine, and quinone which is toxic to some small animals and can cause small blisters in humans.

Millipedes have high moisture needs, like pill bugs and sow bugs. They are usually found in areas of high moisture and decaying vegetation such as under trash piles of grass clippings, flower-bed mulches, leaf litter, etc. They may attack living plants during dry periods in order to obtain the needed moisture. 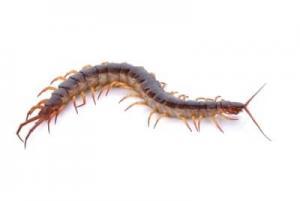 Centipedes are sometimes called “hundred-leggers” due to their many pairs of legs. Even though centipedes are predatory in nature and therefore beneficial, most people see them as a nuisance pest. Some centipede species can inflict painful bites but these are not lethal. They are widely distributed throughout the world and most of the United States, including South Carolina. Centipedes typically spend the winter outdoors in sheltered locations and lay their eggs during the summer. Females can produce 35 eggs over a period of days and can live for more than a year with some species living as long as 5-6 years.

All centipedes have poison jaws which they use to inject venom to kill their prey. If mishandled some of the larger species can actually break the human skin, resulting in a bite which causes pain and swelling, much like a bee sting. The large Scolopendra can inflict a very painful bite and should be handled with great care.

Centipedes can be found in areas of high moisture such as loose bark, in rotting logs, under stones, trash, piles of leaves and grass clippings, flower-bed mulch, etc., where their typical prey is found.  They survive on others insects such as flies and spiders and can be found anywhere in a house such as damp basements, bathrooms, damp closets, and potted plants. They are primarily carnivorous and obtain their moisture needs from their prey. Some species will sometimes feed on plant tissues, causing injury.

Ground beetles get their name from their original habit of occurring on the ground, usually beneath something. They have a worldwide distribution and can be found throughout most of the United States, including South Carolina.

Ground beetles are terrestrial and usually found on the ground, usually under something such as stones and mostly during the daytime. Some species climb trees in search of food and may be seen during the daytime. Great numbers of many species gather at lights at night. Most of them are nocturnal or active at night.

These beetles will enter structures by crawling under door thresholds or will fly in through open doors, windows, etc. at night when lights are on. Ground beetles are considered a nuisance pest. They give off a very unpleasant odor when handled or crushed.

With few exceptions both adults and larvae are predaceous, making them a beneficial group. Their diet is made up mostly of insects, including the larvae of many undesirable pest species such as cutworms and other caterpillars, beetle larvae, and maggots. Some feed on dead organic material.

Earwigs get their name from an old European superstition that these insects enter the ears of sleeping people and bore into the brain but their is no foundation for this belief. Their forceps-like appendage are used as both offensive and defensive weapons, and are sometimes used to capture prey. Earwigs are worldwide in distribution, with around 22 species occurring in the United States and several of these in South Carolina.

Earwigs have a distinctive repugnant odor that is released when they are crushed with some species being able to squirt such a liquid. They are gregarious in nature, typically occurring in groups. Red-legged earwigs have been known to cause minor skin abrasions in humans. They are active at night and hide during the day in moist, shady places such as under stones or logs, or in mulch.

Earwigs feed on live or dead plants and insects and can also damage cultivated plants. The European earwig occasionally damages vegetables, flowers fruits, ornamental shrubs, and trees, and has been recorded as feeding on honey in beehives. The red-legged earwig has been recorded as a pest of Irish and sweet potatoes in storage, damaging the roots of greenhouse vegetables, and as a pest in flour mills, breweries, meat-packing plants, slaughter houses, gardens, and nurseries. European earwigs are very good climbers and can either go up outside walls or follow tree branches in contact with structures onto other structures. The dark, damp habitat afforded by weathered shake roofs is very attractive to them and from here they can enter structures through cracks and penetrations. They are attracted to lights or to insects attracted to lights. Usually it is the European and red-legged earwigs which occasionally invade homes, sometimes by the hundreds or thousands.

Ladybugs can be found worldwide with more than 450 species occurring in the United States and Canada. The overwintering adults emerge from hibernation and the orange eggs are laid on end in single or multiple groups of 12 on plants infested by aphids, mealybugs, scale insects, etc. Larvae pass through 4 molts. Mature larvae attach to leaves by the tip of their abdomens and pupate without forming a cocoon.

This large family of beetles includes some of the most beneficial insects. Larvae and adults are predaceous on aphids, mealybugs, mites, scale insects, other soft-bodied insects, and their eggs. However, adult ladybugs may cause considerable annoyances when their populations occasionally build up to very large numbers during the summer and coincidentally enter homes. A few species, such as the multicolored Asian lady beetle also congregate on the outside of buildings in autumn and then enter wall voids or attics to hibernate over the winter.

Ladybugs will not feed on or otherwise damage anything on the exterior surfaces of or inside buildings. They become pests in and around homes or other buildings merely because of their presence. After exclusion techniques have been considered and implemented, there may be a need to either remove the congregation of beetles or to control them with insecticide.

Brown marmorated stink bugs were accidentally introduced to the United States from Japan or China with the first documented specimen being found in Allentown, Pennsylvania in 1998. It can be found throughout the United States and is well represented in South Carolina.  It is considered to be an agricultural pest, especially when it comes to fruit, vegetables, and farm crops. It is considered a nuisance pest both indoors and outdoors.

Brown Marmorated Stink bugs are various shades of brown in color and have the typical shield-shape found on other stink bugs. You can distinguish these from other stink bugs by the lighter bands on the antennae and darker bands on the membranous, overlapping part at the rear of the front pair of wings. They also have patches of coppery colored punters (small rounded depressions) on their head and pronotum. The name “stink bug” refers to the scent glands located on the dorsal surface of the abdomen and the underside of the thorax that produces and undesirable odor.

If you suspect or have problems with any of these ants or other unwanted insects, contact Walker Pest Management and one of our trained associates will come out and remove any threats or concerns you have.

Send Us Your Contact Info & We'll Get Back To You ASAP