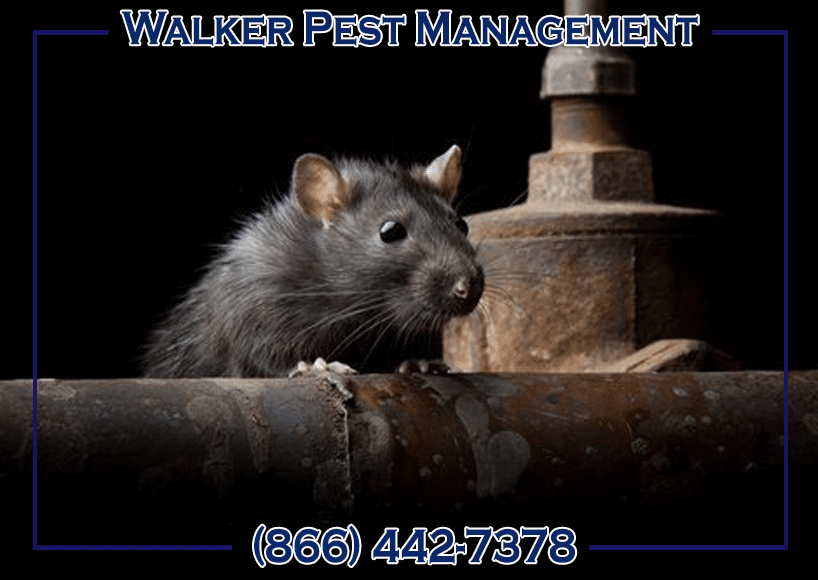 Submit your info and we'll get back to you ASAP

Mice & Rats, love them or hate them, they have been sharing our food and shelter for years. The word rodent means “to gnaw”. Like all rodents, rats and mice have a single pair of chisel-like incisor teeth that grow continuously throughout their lives. These incisors are kept filed and sharp by grinding their incisors against one another, and by constantly gnawing on various objects.

Rodents have been responsible for the spread of many diseases throughout history. Today, because of sanitation, effective medication, and rodent control programs, the disease threat from mice and rats is not as significant as it once was. As a result, the spread of disease by rodents is often not the primary concern for their control.

The main threat is a result of their habits of traveling and dwelling in sewers, garbage, etc. Because of these things, there are still cases of human and animal diseases being transmitted by rodents, and there is also the constant potential of disease outbreaks that can be intensified and accelerated by rodents in cities where rats and mice live in close proximity to people. As a result, the biggest problem of management and control is the potential of disease transmission.

For immediate help with mice or rats!

The house mouse is the most commonly encountered and economically important of the rodents. House mice cause damage and destruction by gnawing, contaminating stored food, and are also a human health concern as carriers of disease. It is believed that they originated in Central Asia but they have a worldwide distribution and are found throughout the United States, including South Carolina.

House mice are prolific breeders reaching sexual maturity in 35 days and are capable of mating when 6-10 weeks old. They have an average litter size of 6, with around 8 litters per year. They have keen senses, except for sight which limits them from seeing clearly beyond 6” and they are color blind. They are excellent climbers and can run up most roughened walls. They can also swim but prefer not to do so. They can jump 12” high and can jump down from about 8 feet high without injury. Mice can survive and thrive in cold storage facilities at 14 degrees. They can run horizontally along pipes, ropes, and wires.

Description of the House Mouse

The most common way mice transmit disease organisms is by contaminating food with their droppings and/or urine. The most threatening organism spread by mice is Salmonella, a cause of food poisoning, spread via droppings. Other transmittable organisms include tapeworms via droppings, rat-bite fever via bites, infectious jaundice/leptospirosis/Weil’s Disease via urine in food or water, a fungus disease of the scalp either by direct contact or indirectly via cats, plague and murine typhus via fleas, Rickettsial pox via the mite, and possibly poliomyelitis. Another problem is house mouse mite dermatitis which is caused by these mites when they feed on humans.

Signs of infestations include:

You need to identify the rodent threat in your home or building and create an effective program to control entry points in order to reduce rodent populations.

Norway rats are the largest of the commensal rodents and are most common in the temperate regions of the world. It causes damage by gnawing and contaminating stored food. As a carrier of disease, it also poses a threat to human health. It is believed to be of central Asian origin but has a worldwide distribution and can be found throughout the United States, including South Carolina.

Norway rats reach sexual maturity in 2-5 months and can produce a litter 3-6 times per year each containing an average of 7-8 young but averaging about 20 weaned/female/year. Adults live an average of 5-12 months in towns and cities, but much longer in captivity. They have poor vision and are color blind, but their senses of hearing, smell, touch, and taste are sharply developed. They are good runners, climbers, jumpers, and swimmers.

Outdoors, Norway rats like to nest in burrows in the soil along railroad embankments, stream/river banks, piles of rubbish, under concrete slabs, etc. They are social animals and often many burrows will be located within a given area.

Indoors, Norway rats usually nest in basements and the lower portions of buildings in piles of debris or merchandise as long as it is not disturbed. Although they prefer the ground or lower levels of buildings and sewers, Norway rats can occasionally be found in attics, on roofs, and in other high places.

Like the house mouse, signs of Norway rat infestation include gnaw marks, droppings, tracks/footprints, rub marks, burrows, runways and damaged goods. You need to identify the rodent threat in your home or building and create an effective program to control entry points in order to reduce rodent populations.

Description of the Norway Rat

Roof rats are the smaller of the commensal rats and are more common in urban areas, especially seaports. Like other rats, the roof rat causes damage by gnawing and contaminating stored food. As a carrier of disease, it too poses a threat to human health. They are thought to be of southeast Asian origin and have a worldwide distribution. They can be found in the United States, including South Carolina, especially Columbia and Charleston.

Roof rats reach sexual maturity in 2-5 months with pregnancy lasting an average of 22 days. They average 4-6 litters per year with each one containing an average of 6-8 young. Adults live 9-12 months on average. Roof rats are color blind and their vision is poor but their sense of hearing, smell, touch, and taste are highly developed. They are good runners, excellent climbers and jumpers, and if forced, good swimmers.

Historically, bubonic plague has been associated with the roof rat and its fleas, which move from infested rats to man. Plague has not been found in rats in the United States for many years. However, plague is found in the wild rodents in several southwestern states and transmission to humans via infected fleas does occasionally occur.

Roof rats prefer to locate in clusters in aerial areas or in the upper regions of structures. When found indoors, roof rats tend to follow the same route or pathway between their harborage and food and/or water sources. Runways along vertical surfaces will usually include dark rub or swing marks on the vertical surface where their fur makes contact. Their runways will be free of debris, and outdoors, the grass will be worn away to the bare soil.

Like the house mouse and Norway rat, signs of roof rat infestation include gnaw marks, dropping, tracks/footprints, rub marks, burrows, runways and damaged goods. You need to identify the rodent threat in your home or building and create an effective program to control entry points in order to reduce rodent populations.

Description of the Roof Rat

These are just a few of the common rat threats that can be problematic within your home or business. Walker Pest Management can inspect and identify any rodent threat in your home, business, or other structure.  We have the experience to create an effective program to control entry points that will reduce rodent populations. We will identify and help you secure openings and utilize multi-catch traps and other stations to control any interior rodent issues your business or home may already have. Our rodent exclusion program seals out mice, rats, and other rodents and keeps them from returning.