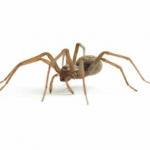 Spiders are usually associated with our fear of creepy, crawly things. There have been many books written, movies produced, and songs recorded about spiders, usually in a way that builds upon our fear of them. Some people fear them based on their look, size, or bite while others fear them in general.

Spider distribution can continuously change and they can, on occasion, be found outside of their documented location by being relocated through humans via transportation vehicles, luggage, or other personal belongings. There are over 35,000 described species of spiders worldwide but most are no threat to humans. There are three dangerous spiders commonly found in South Carolina. These are the black widow, the brown widow, and the brown recluse spider.

Common Spiders We Deal With In South Carolina

Some of the most common spiders we are called to deal with are listed below.  Not all of them are dangerous to humans. Click the links for more information:

If you need help Call Today! Toll Free (866) 442-7378 or fill out the form below and a representative will contact you within one business day.